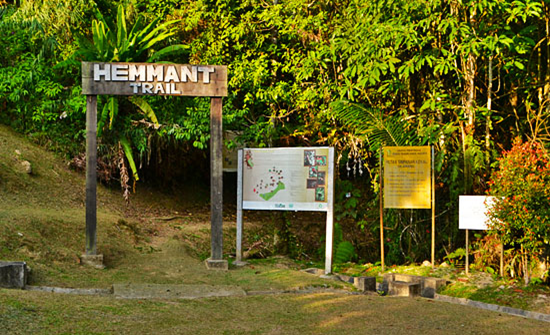 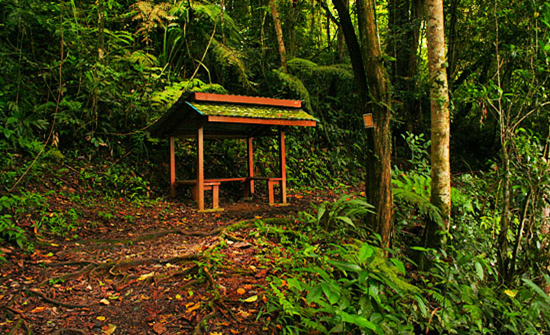 The Hemmant Trail is named after a well-known English golf course architect and designer, Frank Hemmant (he had a brother, G. Hemmant who was District Officer of Temerloh from 1911-1914), who in early 1921, designed and developed the present nine-hole golf course, which is the oldest in the country after the Taiping golf course. Being on an elevated ground, the trail commanded a good view of the course and the surrounding areas and Hemmant conveniently used this trail to survey his work. He ingeniously made the best possible use of the cramped area which had once been a mountain ravine ravaged by unscrupulous miners who were hydraulis the area when mining was at its height in the late 1800 and early 1900. This mountain ravine, just east of the water-shed of Selangor River and Tras River (then known as the Batang Tras), was once known as the` Pamah Lebar’ or `wide valley’, because it was comparatively open and sloping gently eastwards, due to the extensive hydraulic operations by the miners from one end to the other. 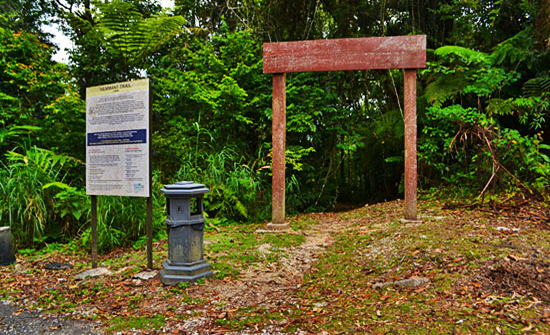 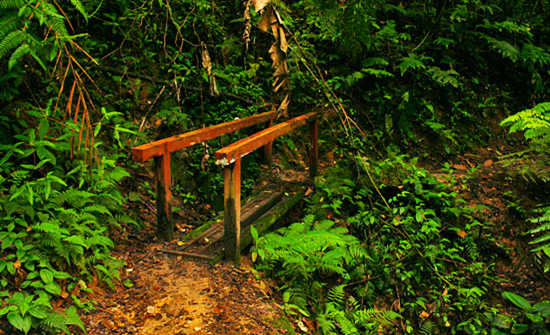 Frank Hemmant’s fruits of labour coupled with incessant encouragements and assistance from his friend, C.W.A Sennett, District Officer Raub (1921-1922) and J.S Macpherson (1922-1925) were paid off well. Today, the nine-hole golf course is one of the best highland courses in the country, with narrow fairways rimmed by lofty pine trees and in some parts by vertical cliffs, and rolling greens providing unending challenges to the seasoned golfers and beginners alike. The trail is about one kilometre long, stretching from the mosque at Genting Road to the junction connecting Lady Maxwell Road and Valley Road, immediately below the double-storey Victory bungalow.