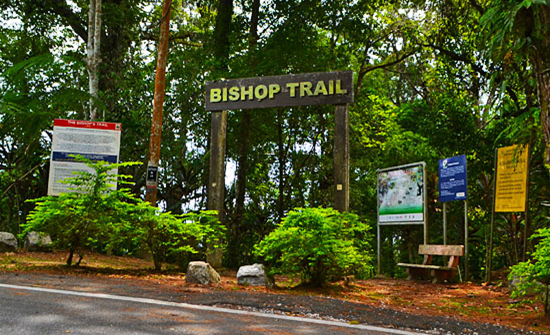 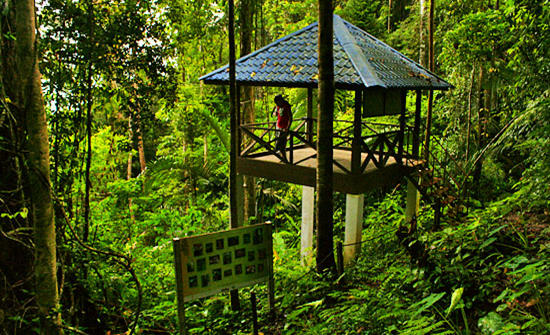 The Bishop Trail is a tribute to the Bishop of Singapore, Reverend C.J Ferguson-Davie,who was the first to discover that `within five miles of  the Tras-Kuala Kubu trunk road, on the border of Pahang and Selangor, there was an area which seemed eminently suitable for a hill station and which can be rapidly and cheaply developed’.

The discovery of the hill station was actually by some freaks of chance. The Bishop and a friend, Reverend A.B Champion, the Chaplain of Selangor, went on a holiday ramble in the hills east of Hulu  Selangor, in November  1917 and at the same time to look for another friend, Louis James Fraser, a  Scottish adventurer and ex-accountant, who was living in the area and making a  living out  of buying crude tin ore from the Chinese and Malay labourers who were fossicking the ravines of the Sempam and Liang rivers and Repas and Perting rivers in Ban Untung (now Bentong).

Due to the significant increase of European population in the East and the popular longing for hill stations, the Bishop’s report and recommendations were immediately accepted and approved by the British government in Singapore and in early 1918, the transformation of an abandoned mining camp into a thriving hill station began. 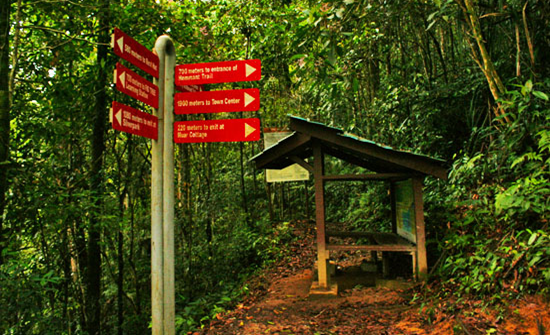 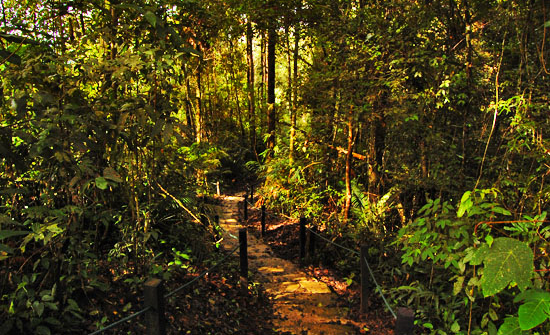 In recognition of the Bishop’s efforts in convincing the authorities to develop the hill which later became Fraser’s Hill, the Federal Council of the Federated Malay States in 1921, gratefully gave the Bishop a piece of land below the junction of Lady Maxwell Road and Ledegham Road, free from the usual premiums. An endorsement to this effect was recorded in the title deed. He built a two-storey cottage and called it `The Retreat’. In 1930, when the Superintendent’s Office of Fraser’s Hill acquired the cottage upon the demise of the Bishop in Scotland, it was renamed `The Bishop’s House’. This little cottage which faces the distant mountains of Jeriau is now dilapidated and uninhabitable and the last tenant was the Ministry of Defence, Malaysia.

In the early days before the asphalt roads were built, the only communication was by jungle trails. In 1921, just four years before the Walsh brothers were awarded the contract to construct the Raub-Kuala Kubu trunk road, the Bishop opened a trail, now known as the Bishop Trail, connecting his residence, The Retreat, to  the neighbouring Cicely bungalow and Muar Cottage and another (now part of Lady Maxwell Road) to connect the Hemmant Trail, which he used to get to the town centre or `the hamlet’ for evening beers at The Tavern (now called `The Scott’ specialising in Western food and Indian curries) or at the Maxwell arms (now part of the garden in front of the Sports Complex) which was run by the head-boy of Sir George Maxwell.

Today, this two-kilometer trail is a haven to nature lovers and bird-watchers. Located in a secluded part of Fraser’s Hill and quite away from the town center, the trail is a `sanctuary’ to several species of exotic birds, some of which are so rare that they are not found elsewhere. However, during rainy seasons, the trail is very slippery and infested with blood-sucking leeches.